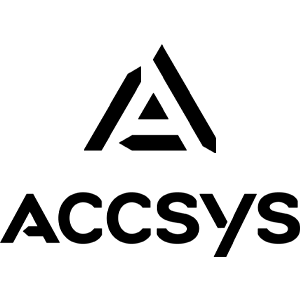 An IT partnership that transformed, maintained and supported an international IT infrastructure.
Back to Our Work

Accsys Technologies is a high-performance manufacturing business, combining chemistry, technology and ingenuity to make sustainable, durable and stable wood-based building material. As a fast-growing business with a purpose, Accsys comprises of a global workforce spread across London, Hull, Dallas and Arnhem, as well as having products on every continent.

Due to rapid growth and expansion of the Accsys operation, they recognised their need for a more mature and reliable IT function that could not only deliver a 24x7x365 support and infrastructure management solution, but also successfully implement business critical change and transformation projects.

Due to the depth and breadth of technical capability and the partner centric approach OryxAlign were selected as the new strategic IT services partners.

Part of the on-boarding project was to build a new cloud platform for Accsys and migrate their current infrastructure from the previous providers data centre to OryxAlign’s OryxCloud Platform. Due to the extent of the infrastructure to be migrated, the project needed to be meticulously planned and executed, which it was.

Through the technology services partnership, Accsys had immediate access to OryxAlign’s 24x7x365 Service Desk & NOC, and expert attention focussed on the support, management & monitoring of their global IT infrastructure. The provision of these services improved user productivity and ensured critical infrastructure was kept available at all times.

Over the course of the last 4 years, OryxAlign have delivered various change and transformational projects, some of these are summarised below.

Hardware Refresh and Introduction of Microsoft Office 365 and Teams

In-line with the project to replace the hardware the introduction of Office 365 and Microsoft Teams was recommended to Accsys to improve end user IT experience and productivity. Microsoft Teams is now widely used on a daily basis and is the corporate collaboration platform of choice.

A new network infrastructure was introduced to one of the Accsys sites. This included the installation of new firewalls, switching, wireless access points and Server infrastructure, which integrated with their existing domain and DFS system. The project ran to plan, on budget and budget and was executed successfully

In addition to the managed IT service Accsys has also benefitted from interim IT Manager cover.

After their Head of IT moved on to other ventures, OryxAlign provided an acting internal IT Manager, based on-site in the London Office for 3 days a week. It wouldn’t have been an efficient use of the companies time and resources to bring in a contractor and train them up for a short period of time. The IT Manager supported, maintained and delivered many projects and transformations with the support of the wider OryxAlign team over the course of 7 months.

One of the many key achievements of the interim IT Manager role was the successful execution and delivery of the London Office relocation. They also supported the hiring process of a permanent leader, including writing the job scope and sitting in on interviews.

OryxAlign has established a strong, trusted and strategic partnership with Accsys, with the managed IT services being an essential part of Accsys’ continued success as one of the leading authorities in wood sustainability.

Some of the many benefits of the managed service partnership are listed below.

Accsys are a strategic client with whom we have an excellent relationship, track record of service delivery and infrastructure availability. We are fully committed to supporting them with their growth ambitions.